There are many great midfielders in today’s football world with many promising youngsters looking to join these ranks. This is what makes the game so exciting to watch, the young players, playing with the elite and eventually surpassing them.

In this blog, we go through the current best midfielders in football today so you can check to see if your footballing hero made the cut.

I mean, who else did you expect to be at the top of the ratings. De Bruyne could fit into any team right now and instantly improve the squad. His ability to put a ball into the box resulted in him created 3.5 key chances every 90 minutes. Also, last season he averaged a goal or an assist every game for Manchester City which is remarkable. There is no one out there like him, you are lying if you believe anyone comes close.

Manchester City rewarded him with the captain’s armband this season and it wouldn’t be a surprise if Belgium follows suit. Listening to the commentators, they all believe that Kevin De Bruyne is in a league of his own and will easily go down in history as one of the best midfielders.

N’Golo Kante is the most liked football player in the world right now due to his down-to-earth personality and his love for football. Alongside his respect for the sport, he is arguably the best at what he does and that is shut down the play. You only have to watch the Champions League Semi-Final and Final to see how he deals with the hottest talents in the sport.

He truly can make all the top players look like Sunday League, he is that good at what he does. Don’t be fooled by his size because he can cover much of the ground and you can always expect him to be everywhere on the pitch. Let’s not forget he was a key player for Leicester when they lifted the Premier League Title.

The Chelsea football is a great way to inspire your children as it comes signed by all the players at Chelsea.

Toni Kroos is the ultimate midfielder who has mastered the midfield position as he can truly do it all. Whether he takes on defenders, puts in a challenge or picks out a sublime pass and has one of the most successful pass rates we’ve ever seen. 87% of his passes are successful and he completes 94% of all take-ons which makes him one of the worlds best.

The worst thing about his gameplay is probably his pace, but he finds a way to eliminate this as a negative impact. He can dictate the game and slow down the play so everyone plays at his speed. You only need to watch him play one game to be in awe of the way he plays.

Kit out your child’s room with a Real Madrid Duvet set, visualising all of the top talents at the club.

Joshua Kimmich is the complete package and at the age of just 26, he is up there amongst the very best. His ability to play effectively in many positions is what makes him such a great talent. He can play as a full-back, in a number eight role or even a create 10. That is what makes him truly special and one of a kind at what he can do.

His best and preferred position is sitting deep just in front of the defence where he can manipulate the tempo of the game. He is also most important here as it allows him to win back possession, break up the play and is usually the one to start the attacking moves. It will be exciting to watch him in the upcoming Euro’s 2020.

There is no doubt in my mind that Ilkay Gundogan was the saving grace to the Manchester City side and without him, they would have struggled to win the Premier League. He was there when City needed him most as he stepped forward to score 16 goals in all competitions. All whilst Aguero was injured and Gabriel Jesus struggled for minutes.

He impressively scored 10 of those goals within just 11 Premier League games which go to show how in-form he was, at possibly the most important time for his club. This is definitely the season where we have seen the best of him and in previous seasons was out-of-favour but has battled back into the starting lineup and rightfully so. His performances have been recognised by the German National team as he receives a call up to play in Euro’s 2020.

Dress like Gundogan with the 20/21 Manchester City Home Kit.

Now we move onto his counterpart of Bruno Fernandes who hit the ground running at Manchester United. Usually, players need to settle in the period but not Bruno, he came from Sporting Lisbon and has been the shining star at the club ever since. His passion for football is unrivalled and you can see it on the pitch the way he gets frustrated whilst also cheering.

Bruno Fernandes is the top-scoring midfielder in the Premier League this season and although, the majority have come from the penalty spot. He has also led the statistics for key passes, chances created and shots on target.

Check out this signed picture frame from Bruno Fernandes so your child can truly look up to their icon.

Since moving to Manchester United he hasn’t been the biggest hit in recent years but with the appointment of Bruno Fernandes. Their partnership has allowed Paul Pogba to demonstrate why he is still one of the best midfielders in the world after his unbelievable time at Juventus. Where he was once, one of the most feared midfielders to come against in the world as he can do it all.

When he is played in a role that gives him freedom this is when he truly shines as his creativeness begins to show whilst also putting in a defensive display. His ability to score goals as a midfielder is up there with the very best as his striking of the ball is unreal. You only need to look at some of his previous goals for both Manchester United and Juventus to see what he can do.

Let’s just start by saying, what a transformation Leon Goretzka has had in the past couple of years. Since transferring to Bayern Munich from Schalke he has become an instant hit at the club and his training regime has improved significantly. He has now bulked up whilst continuing to display his great agility and speed throughout the games. This is what makes him a promising box-to-box midfielder. Putting his name up there with some of the best midfielders in the world.

A great 20/21 campaign with Bayern Munich, has helped secure a place in the German squad ahead of the Euro 2020 tournament. What makes him such a great midfielder is part-due to his unique partnership with fellow German, Joshua Kimmich.

After his transfer to Barcelona from Ajax, there were so many eyes on him to see whether he could perform on the big stage. Although Ajax is considered a big club, they are not necessarily considered a ‘European Giant’. Therefore, there were many discussions on whether he could perform the same at such a big club and fortunately, he has done exactly that.

Supposedly being the successor to Sergio Busquets, he has since transitioned into a number eight role under Ronald Koeman. This is where he has flourished as he can continue to showcase his pinpoint passing ability. Whilst being given the license to drive at the defence and use his energy and aggression in a more attacking role.

Kit out your child’s room with a Barcelona Duvet set, visualising all of the top talents at the club.

Marco Veratti is probably one of the most underrated midfielders in the world but behind the scenes, he has been a vital part of the PSG’s midfield. He has been doing an outstanding job in the centre of the pitch for the last decade with them and continues to be their beating heart.

There are very few players in the world that are consistently breaking up the play and winning the ball back whilst displaying unbelievable awareness. His ability to drive forwards, pick a pass and the confidence he shows on the ball is second to none. However, it is a shame that he has gone under the radar for so long with his great talent but fortunately, this was recognised by the biggest club in France.

Why not dress your child up in the adorable PSG kit, it will be like having a little Marco Veratti running around the house.

There is no denying that Thomas Muller is an essential part of the Bayern Munich squad with his consistency. He continues to contribute towards goals and assists in every season despite being slightly older, he continues to dominate in the attacking area. For the third time out of 4 years, he has topped nearly every attacking statistic in regards to assists, key passes and the number of chances created. This season he was the second-highest scoring midfielder just behind Lars Stindl who takes penalties.

With his consistent performances, he even received a call-up to the German squad in preparation for Euro 2020. All this, despite being told that he would never receive a call up again from Joachim Low (Germany Head Coach). 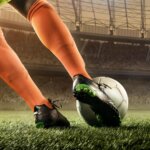 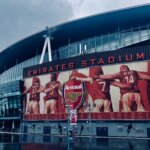 Where Does Aubameyang Go From Here?