Steven Gerrard accomplished so much on the pitch and played alongside some of the greatest players to ever kick a football so there is no wonder he wanted to remain within the footballing industry. After managing Rangers to the top of the league and accomplishing an incredible record of 57 games unbeaten, it was finally time for him to challenge himself in the Premier League.

Here we will be taking a look at the impact that Steven Gerrard has had on Aston Villa with the help of his incredible signings, man management and getting the best out of his players. As it currently stands, Aston Villa is arguable playing the most exciting football in the history of the club which is great to see.

Something that has definitely been outlined since Gerrard arrived at the club is his pulling power when it comes to the transfer window. With so many legends of the sport admiring the work he did on the pitch as a player, there is no wonder why all these younger starts want to experience playing under him.

With two marquee signings already this January with the likes of Lucas Digne and Phillippe Coutinho, there isn’t much surprise that we are writing about this. I mean, let’s be honest, if we go back to when Dean Smith was in charge. Would we believe that someone like Aston Villa could sign Coutinho? See, that just seems crazy to me but with the help of Gerrard, it has become a reality. Although it is only on a loan basis, it has the option to buy and judging from his debut with the club. I will definitely be surprised if they do not pursue the option to buy.

Not only has he brought in some new signings that have slotted into the team nicely. He has also improved on existing players at the club such as Ollie Watkins, Buendia and most noticeably Ramsey. What an exciting young talent Ramsey is turning out to be, it is almost as if they have forgotten about ‘Super Jacky Grealish’ and there is no surprise with the results they are pulling out.

Let’s not forget though, Aston Villa are one of the wealthiest clubs within the Premier League since getting new owners so this always helps when it comes to attracting some of the better players. But also, you could argue this is also down to the main man Steven Gerrard as Dean Smith was given the same opportunities. Although, let’s not take anything away from Dean as he did an incredible job at Villa and it definitely came as a shock when he was sacked by the Management at Villa Park.

What I will say is, I am excited to see where this chapter goes and in a few years if they continue to improve and make great signings it will come as no surprise for them to compete for spaces in the Europa League. This would create absolute scenes. 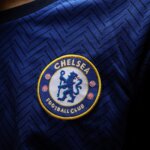 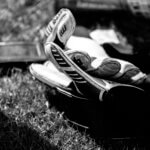