As soon as your children are put into fun football exercises they will tend to excel in their performance because it brings an element of competition. Nothing is more exciting to them than a little competition against friends as they will always want to perform better than their friends. This is why you see so many youth teams putting an element of fun football exercises for kids as it is improving their football ability and increasing the enjoyment within the session.

This is why you see so many children enjoy playing sports in general because of the fun exercises they do as kids. Therefore, we have provided some great fun football exercises for kids so that clubs and children can use them. Most exercises will require more than 1 player and also involves some equipment which we have listed below:

Equipment Needed For The Exercises Below

Our recommendation would be the Mitre Impel Training Football which is available on Amazon for a great price.

You will want to grab yourself a good quality football goal to carry out your football exercises for beginners. The FORZA 6’ x 4’ is the perfect option and a great size to start with.

In my opinion, the Lusum Set of 20 Flat Rubber Disks are the best ones out there to get. The flat cones make it easier to practice your drills without having to pick up the cones every 2 seconds if you knock one over. They also take away the tripping hazard that comes with buying normal cones, so you won’t have to worry about your child hurting themselves.

Now that you have your equipment all sorted it is time to get into the exercises so your children can have fun whilst improving their footballing ability.
British Bulldog

Everyone knows what bulldog is or at least they definitely used to as it is a game played usually on the school playground before it got banned. However, this is a different and more positive adaptation of the game.

The objective of the game – Be the last person to have the ball at your feet without the people in the middle tackling you.

Mark out the different areas of the pitch by providing two safe zones and a danger zone in the middle.

Identify who goes in the middle but it is important to switch up the person after every game, once the person has been selected to go in the middle they will do so. Everyone else will grab a ball and all stand in the same safe zone.

This repeats itself until there is either one person standing, or no one makes it to the safe zone.

Bulldog is a fun football exercise for the kids as it improves their dribbling and defending skills all at the same time. They also get used to dribbling around defenders whilst keeping close control of the ball. Whilst the defenders in the middle learn to stay on their feet and perform standing tackles safely and also learn about awareness. So although it is great fun for the kids, it is also a great learning tool for them.

This was known as a different name when I was growing up but it has the same principles as the famous game also known as “wallsy” or “wallball”. Whether that was the official name at the time when I was growing up or my friends and I made it up. However, it stuck with us and now it seems the name for it is S.P.O.T. Equally, this game is up there with one of the best exercises for kids to do.

The objective of the game – Be the last person to spell S.P.O.T

You will need to find a football and a flat wall such as the side of your house, garage, or anything similar. It basically needs to be something that the football will rebound off.

In a group or pairs, you will need to establish an order of who hits the ball next as this is an important step.

Once someone misses the wall or designated space, they will begin spelling out the word S.P.O.T so you, in other words, you get 4 lives. The last person to spell S.P.O.T wins, it is that simple.

This is a great exercise to do on the playground or at home and it helps to improve your first touch, striking the ball at different angles, balance and reactions. All of which play a vital part in the current footballing world and will continue to be important for the foreseeable future. It is also a great way to have fun with your friends as you don’t see it as exercise and more of a way of having a great time with friends. My friends and I were constantly playing this game on and off the playground as it is easy to play and can be played anywhere which makes it so popular around the world.

This exercise is a little different from the other two but equally as fun and competitive. This one is very simple to set up and only requires cones and a football, plus participants of course. It is an adaptation of the original shuttle runs that you will see many of the top athletes doing.

Children love this one because it includes a competitive nature where they have to race against the other team.

The objective of the exercise – Be the first team to get all players across the line.

Set up the 2 lots of 4 cones approximately 5m apart from one another in a straight line but don’t worry about making it precisely 5m as it is just a rough guide. This can be changed depending on the focus of the session whether it is improving dribbling shorter or longer distances.

Separate into two equal teams and line each team up in order behind their first cone with each person having a football at their feet.

The winner of the race will be the first team back behind their starting cone, having all completed the dribble shuttle runs.

The idea of this exercise is to improve the kid’s fitness levels and dribbling skills. You can always adapt this exercise to using both feet, only outside of the foot and much more so it is a great way to constantly evolve into something more challenging for the kids. It also helps them to improve on both their short-range dribbling and long dribbling. Usually, this exercise is completed at club/school football training rather than on a field with friends. It also installs a great level of competition between them and other club players. 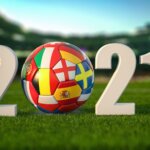 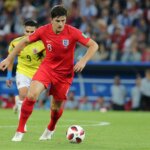 Top 5 Most Expensive Defenders in Football