With two big transfers already made at the start of this Summer’s transfer window, everyone is looking to compare two exciting young forwards. In the form of Darwin Nunez and Erling Haaland. There are obviously many questions regarding the transfer fee of Nunez due to perhaps being under the radar for so long at Benfica. In fact, I bet the majority of you have never even heard of Darwin Nunez before. Don’t worry, I am sure that you will for this upcoming season as he looks to break into the Liverpool first team with Mane looking set to leave the reds.

However, Erling Haaland is considered to be more proven in my opinion due to showing his ability at Red Bull Salzburg before joining Borussia Dortmund and continuing to maintain his performance and becoming an instant starter when fit. I say when fit, due to being on the sidelines with injury last season. It is also worth noting that Haaland has been on the main stage for a longer period of time and some would consider the German League superior to the Portuguese. However, I guess this could be a matter of opinion.

How Much Will Haaland Cost Manchester City Overall?

How Much Will Nunez Cost Liverpool Overall?

Over the course of Nunez’s 6-year contract, until 2028, he will be set to make £43,680,000 just from salary alone. Adding this to his initial transfer fee with the add-ons equates to a total of £128,680,000. But remember, this is for an extra year on his contract and this total is still cheaper than Haaland’s. Just think about that for a moment.

Who Got The Better Deal?

Looking at the initial fees to bring the players to their respective clubs, I bet you are thinking that Manchester City has got the better deal. Yes, they may have paid less in regards to the initial fee to Borussia Dortmund. But, once you compare this to the signing bonus, his weekly wages and so on. You may be left scratching your heads at the thought of how much he is costing. To put it into perspective, he will be on the same wages as Kevin De Bruyne.

So yes, when comparing the initial fees it does add up to be a better transfer initially but when adding all the “behind the scenes” money it becomes much more expensive than people might think. Although Nunez is a bigger initial transfer fee. Ultimately, over the course of their contract, Liverpool would have paid much less.

Now let’s dive into the stats of their previous three seasons as we know this generation loves to compare/judge players based on their individual stats so here you go.

When comparing these club assists you are probably sitting there thinking, is that it? Well, you may be right, this area of their game may need improving and I am sure Pep and Klopp will be able to get the best out of these two without a doubt. Also, these two are supposed to be prolific goalscorers who only have an eye for goal so it is also no wonder they have a low assist count. Admittedly, you can see Haaland has definitely performed better when comparing the stats but we will just have to wait until the start of the Premier League. This is where the real excitement comes into play. 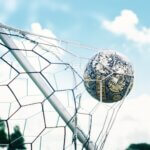 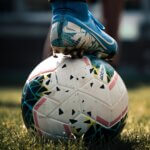