Arsenal went tumbling out of the Europa League last night due to a terrible performance against Valencia which could have seen them make it to the final. This was their last chance to make it to European football next season as they have had a run of bad form this season in the Premier League. During the games against Valencia, there was just no “spark” or enthusiasm from the players. They looked as if they would rather be somewhere else.

Is This Because Of Arteta?

Personally, I don’t think so and it is always a difficult subject to know if his managerial experience is proving too much. He was second in command under Pep Guardiola at Manchester City who is one of the best managers around. So he would have learnt a lot of management skills through Pep being his mentor.

Therefore, this leaves the players, the players just lack all enthusiasm at this current time which is a big concern. Some could say this is due to the pressure being put on the players and the clubs because of the European Super League but it is something we will not know the answers to.

If you look at the Instagram stories from the players, they clearly show that they are happy at the club so why is this not showing on the pitch. Maybe, it is down to the captains, other leaders and the manager to spark some motivation into the players. Although, it is common for the players to begin thinking that the season is already over rather than trying to finish higher in the table.

However, I believe that next year they will come back with a bang and will be contenders for the top four. With the quality of players that are beginning to shine at the club, even ones from the youth going through the ranks into first-team football. All of those players look promising. Especially Bukayo Saka and Emile Smith-Rowe. Let’s just see what they can do in the Summer Transfer Window and there is no better place to scout than at the Euros! 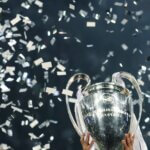 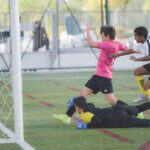