With Nike’s ongoing sponsorship of providing the footballs for the Premier League every season for the past few decades. Unsurprisingly really, when you think about some of the unbelievable balls they have designed and produced over the years. Some are much better than others when comparing their performance. Not to mention, they have been at the top of their game in regards to producing footballs alongside Adidas.

This is why we have put together our top picks for the 5 best Nike premier league footballs. We understand that this is down to personal preference but some are undeniably better and bring back so many memories. The children of this generation may not have seen some of the Nike footballs featuring in our top picks but if they ever got to play with them, they would understand.

At the top of our list is the one and only Nike total 90 Aerow. This was easily the best football of the past few decades with some unbelievable goals being scored with this beauty. It was one of the only balls you would feel entirely confident striking through the laces at full power and have every hope it was going on target. The yellow and blue were significant as it was the first time that a coloured football had been used instead of white. They would only use a coloured football when it was snowing.

Take a look at this beauty here.

The Nike Ordem was also special as it was repping the standard white with a splash of colour to make it interesting. This ball not only featured in the Premier League but also featured in the FA Cup and what a special ball that was. In fact, it was to represent the 137th FA Cup final. For this occasion, they put the names of 137 goalscorers of the competition to make it truly unique.

This has to be one of my personal favourites as I always enjoy a football that is truly unique from the rest and has a bit more than a splash of colour. That is exactly what this football does in my opinion. In fact, It almost looks like a football in the style of a comic that has a lot of colours. Great for when playing in the wintertime when the nights become longer.

This is one for the history books as it was one of the first balls created by Nike to start their partnership with the Premier League 20 years ago. In fact, it was such a special moment that to show their appreciation of their partnership they re-released the Geo Merlin on the 20th anniversary. All I can say about that is, WOW, just wow. It looks remarkable and brings back a lot of memories for many.

This Nike Premier League football showcases their excellence at making football and this is definitely one for the trophy case. When bought, it comes in a limited edition box and stands to keep the football on. Probably not one you would want to take out for a kick-about with friends just encase it gets ruined.

Take a look at it here.

This has to get a mention due to the iconic “AGUERRROOOOO” commentary. That is right, it was when he won Manchester City the Premier League which pains me to say. Although saying that, not sure who I would prefer as I dislike both Manchester clubs to be totally honest. However, in regards to the actual performance of the football, it has a great feel and looks to it. Looks like something out of a movie or a comic almost. It is definitely a ball that Manchester United will want to forget but it does have to be one of the most iconic moments in the Premier League History, unfortunately.

Last but not least, the Nike Merlin which was produced for the 18/19 Premier League campaign. Although, this is probably not the finest one they have ever produced nor the most iconic. It does provide something different to all of the other Nike Premier League footballs that have been produced. This is because it includes their Hi-vis technology. This is the ball that friends and I would use due to the darker, colder nights. Allowing us to play football for longer. Maybe not the most pleasing on the eye, am I right? But, if it allows you to play football for an extra hour or so, it has to make it into the list in my opinion. After all, it doesn’t matter too much about the design, as long as you can score goals and play for longer.

It is important to note that most of these balls also have replica copies which are much cheaper than the official match balls. Although the quality is most definitely not the same and you will be able to notice the difference. However, having the choice of both allows you to play with these iconic footballs even with a budget. 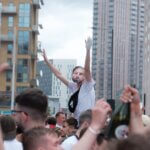 Should Gareth Southgate Be Sacked? 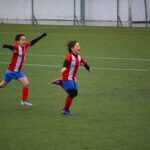